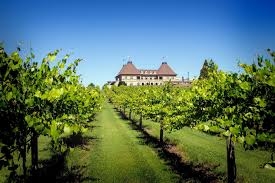 The people came into the garden and on good faith they worked a few weeks and then they said to themselves there is no master about and the tower is empty let us do less work but we will take of the vineyard what we will for no one watches us work. And the people did less work and when the master of the house came about he took the first fruits and said to the lazy workers I have let you have free access to the vineyard to work and take what you will but you lazy workers you think I have not watched you and have not known your deeds. The workers said aye you have the right of it we will work again and they worked for a numbers of weeks and then said among themselves the master owns the vineyard but we do all the work I say we divide up the spoils of the work to ourselves and we will keep the last harvest in full.

At the end of the harvest the workers thought to bar the gates and when they had all the harvest accounted for they sent runners to the city to find tradesmen and sold all that was there which was carried away by donkey and divide the riches among themselves and made off like thief's some sent firebrands into the wood burning the vineyard up behind them.

At the appointed time the master showed himself to each worker in their homes and took his recommence tenfold. Each worker said how did you find me in my own house hold when I never showed you where I live? And the master said in my mercy did I let you work in my vineyard and toil and sweat for a good cause to take your fair share but you were lazy at first and of my first fruit you showed your lack of spirit and then you thought to steal the rest at my final harvest.

In my mercy have I opened my gates to you and if you had worked hard I would of put you in charge of many things but now you will go down to my dark jail where there will be weeping and gnashing of teeth. What you do not know is that I am not just the master of the vineyard but of all the cities around the vineyard and the I am master of the lands as far as you can see.

This entry was posted by Victor in category Healing on Wednesday, 24 June 2020 21:49 in blog Victor Hamsa's Blog subscribe
Leave a reply