Are Lionfish the most new invasive species ever? 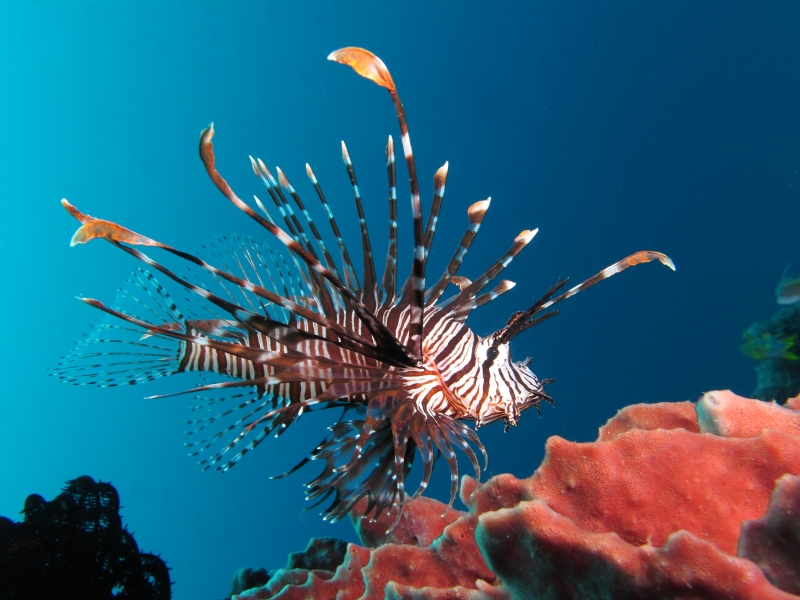 A few years ago I went scuba diving as allot of people do on thier vactions in the Caribbean. The islands and the water were exotic and as beautiful as advertised and looking off of the dive boat I could see clear all the way 60 foot to the bottom when I looked down. On the dive boat the scuba master who was a cool guy grabbed a spearfish gun while I was gearing up which didn't really have a trigger on it instead it looked like Metal rod with a point and a rubber band but I could still tell it was a weapon of some sort. I asked him what it was for as on other dives no divemaster had ever taken out a spearfish gun were their sharks around? He explained to me that clmate change had raised up the water tempture and their was a species that was now proliferating all over the reefs. I asked him which fish and he told me the lionfish. "They may look cool but they are a pain in the ass' he explained "people dumped em out of thier fishtanks and with the water getting warmer they are all over the place." 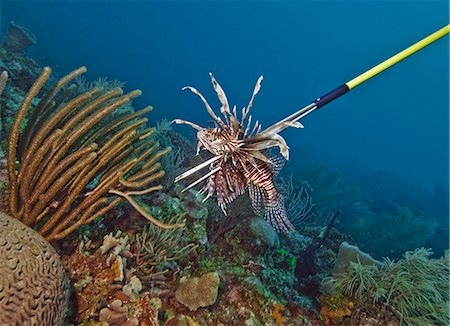 Turns out he was correct the lionfish is now one of the most invasive aquatic species ever. The lionfish are not native to the Atlantic region waters and have almost no predators. During the dive we had that day the I counted 20 lionfish that the divemaster speared. It wasn't cruel to kill them later he explained as they were killing the reef and eating all the small fish that the bigger fish relied on in thier diets. Lionfish although cool to look at are very poisonous and have venomous spines that can be very painful and in rare instances have even killed humans. They are now harming native coral reef ecosystems in the Atlantic,Gulf of Mexico,and the Caribbean and now are traveling up the Atlantic coast as the waters raise in tempture they are being found all the way up to even Rhode Island but can't live past the frigid waters of winter so far. 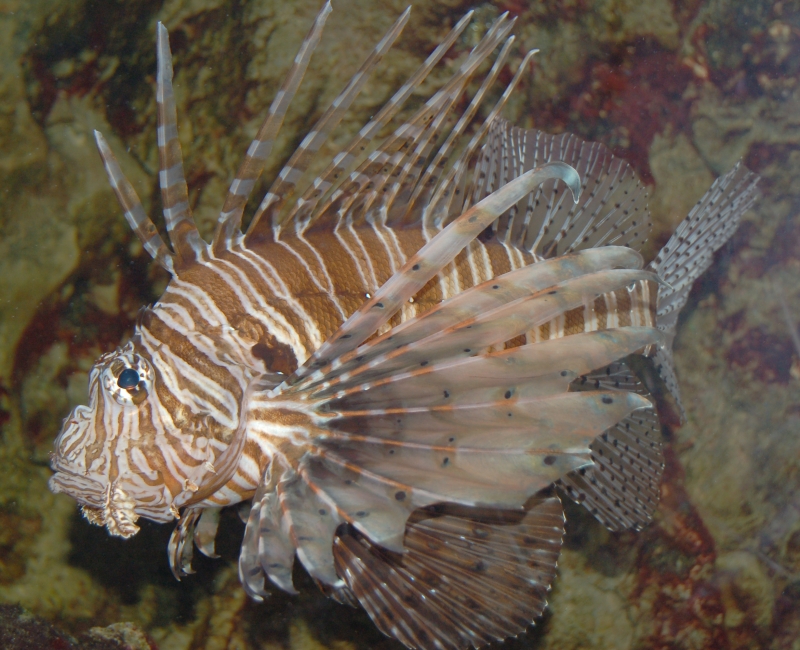 Florida has now just banned lionfish and bringing one into the state is punishable by a fine of up to $1,000 and one year in prision.  Lionfish can grow up to a foot in length and are covered in poisonous spines that flare out the barbs they carry if theatened like a porcupine. Please share this article to spread awareness about climate change and check out NOAA's website for more information.