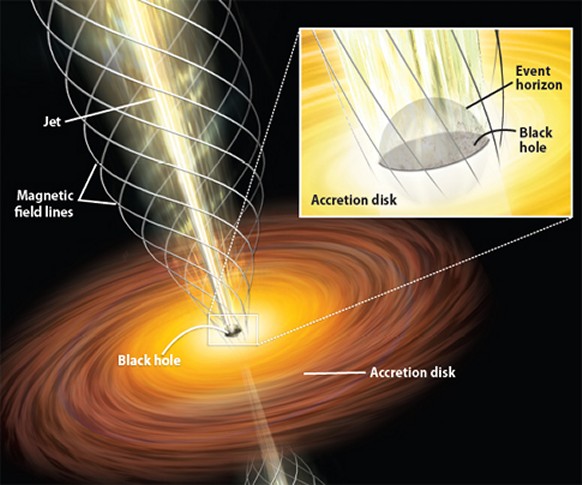 The event horizon of a black hole mirrors the universe inside it as all matter inside of it are ordered into collapsible fields of dense matter. The holographic principle of the universe is nowhere exhibited into such a finite state as the event horizon of a black hole. Now once matter falls within the boundary of a black hole it's causality cone is reversed. A causality cone (my invention) is the field of choices of past and future events what most people think of as time.  Now we perceive time as flowing forwards from our perspective point of view but if we were falling in towards a black hole our future would be seen by us as moving towards the black hole when we would be in close proximity. 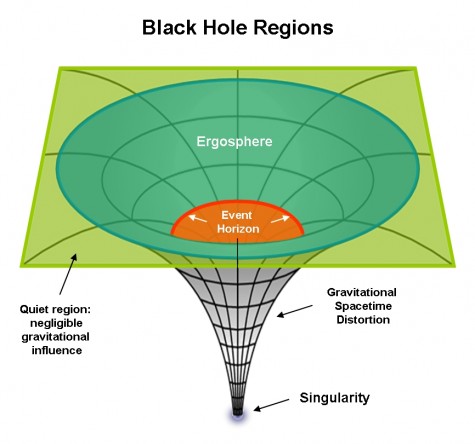 Black holes event horizon are the universes ultimate quantum computers as every particle of matter/energy going inside the event horizon is expressed in some form in the event horizon itself or as a jet of expended energy. In this way we can think of our being as expressions of magnetic fields holding together matter verses a collapsible field but an expression of an energetic state from a two dimension field expressing into a three dimensional field and higher dimensional forms.

Time reversal as a causality field

Time would seem to be reversed falling in towards the center of the black hole once past the event horizon. You could not seem to make any choices towards gravity's heavy field which would be your past but new matter falling in towards you would seem to be new events and new things happening to you.  So basically from an observable point of view your view point or causality field would be pointed outwards towards the inner surface of the event horizon.

In this way we can look at all time and matter and space and time as consisting of causality fields. For instance what we think of as the big bang may be a big crunch and all of matter might be on the way towards the center but from our point of view we would be expanding. The ever expandable surface of the universe may just be the event horizon of a black hole of which we are now on the inside of, inside a whole other larger universe. And from the other universes point of view all they would see would be a black hole.

This entry was posted by Victor in category Healing on Tuesday, 25 September 2018 19:58 in blog Victor Hamsa's Blog subscribe
Leave a reply